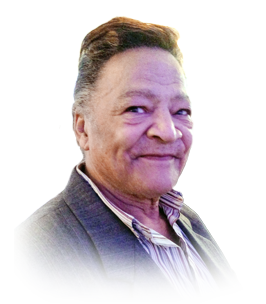 Please share a memory of Donald to include in a keepsake book for family and friends.
View Tribute Book

Passed away peacefully on October 21, 2019 surrounded by his family at the age of 77 years. Reunited with his late parents Emerson and Lauretta Crosby. Loving brother to the late David (Nora), to the late Donna Globe (the late James), to the late Wayne (the late Shirley), Patricia Sheridan (James), Delores Jones, Florence Richardson (Michael), to the late Carol Stephens, Everitt (Patricia), Lester, to the late Silvester, Cynthia, to the late Lary, Laura, Annette Allen (the late Dave), Ivan (Mona), Darrell (Kathy), Eric, Michael, Marion Crosby Bell, to the late Darrin (Lina), and Kevan (Cherie). Missed by his only surviving aunt Vivian Dean. Survived by many nieces and nephews. He will be loving remembered by his extended family and dear friends.

Cremation has taken place.  A Memorial Service Celebrating his life will be held on Sunday October 27, 2019 at 11am at Atkinson Community Centre 4270 Alice Dr. Windsor

If you so desire, donations to Family Worship Ministries would be appreciated by the family.

Share Your Memory of
Donald
Upload Your Memory View All Memories
Be the first to upload a memory!
Share A Memory