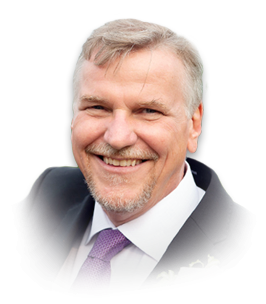 Please share a memory of David to include in a keepsake book for family and friends.
View Tribute Book

After a long and courageous battle with cancer, David McNevin passed away peacefully at home surrounded by his family on July 20, 2019. Beloved and cherished husband of Kyla Fair. Proud and loving father of Lauren (Steph) Heroux, Grahame McNevin, and Nathan McNevin. Dear granddad of Amelie and Noah Heroux. Loving brother of Linda McNevin, Angus (Sandi) McNevin, and Nancy McNevin. David will be dearly missed by his in-laws, many cousins, nieces, and his "great" great niece and nephews, all of whom were very special to him.

Called to the bar in 1997, David had an exceptional career in law. David began his career at Wilson Walker, then practiced for many years at Ducharme Fox before eventually becoming a partner at Miller Canfield. David's passion for the law, his drive, and his ability to think outside of the box shone through in his work. David was a fierce advocate for his clients, and put his heart and soul into helping them achieve their desired results. Though David worked extremely hard, he also brought fun and excitement to the office. David was known to keep a nerf gun in his desk drawer and kept us all laughing.

David prioritized mentoring students and young lawyers throughout his career, both as a sessional instructor at the University of Windsor law school, and as an articling principal. David loved to pass on his knowledge and expertise to those who were learning the ropes. Many of those who were fortunate enough to have David as a mentor and learn his "tricks of the trade" remained his friends for many years into their own law careers.

David loved music, especially blues and rock and roll. His passion for music started early, and at age 17, he donned a neon mohawk as lead guitarist in the punk band "24 Sussex". Though he enjoyed the finer things in life, one of David's favourite things to do was enjoy a local live band and cold beer at one of his favourite Detroit "dive bars". His love for music continued through his life, and at many family gatherings David would entertain us by playing the guitar and singing one of his hilarious original tunes.

David had a kind, thoughtful, and compassionate spirit. He was always there, no matter what time of day, to help his family and friends in any way that he could or just to listen. David's infectious humour and zest for life, even through his difficult battle, were truly inspirational. In every aspect of David's life, his unstoppable determination was evident. He also had a rebellious spirit and took pride in his family record for the most states with unpaid speeding tickets. He will be dearly missed by many family members, friends, and colleagues.

In accordance with his wishes, a celebration of David's life will take place at the Dominion House, 3140 Sandwich St., Windsor, ON on Wednesday July 24, 2019 from 5-7 p.m. Visitation will be held in David's hometown at George Dart Funeral Home, 585 Carlton St, St. Catharines, ON on Friday July 26, 2019 from 2-4 p.m. with a brief service immediately following.

Share Your Memory of
David
Upload Your Memory View All Memories
Be the first to upload a memory!
Share A Memory