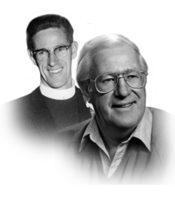 Passed away, May 8, 2022, peacefully at Leamington Hospital. He is now reunited with his beloved wife Doreen and their granddaughter Alexandra. Dedicated father of Robert, David and James, father-in-law to Sherri, and grandfather of Jonathan and Reece. He was born in Rosetown, Sask., and eventually ended up going to University in Waterloo where he met Doreen. During Alan’s completion of studies at Knox College in Toronto, they became engaged, and after graduation married in September of 1959. They moved across the country while Alan was at different churches. Robert was born while living in Estevan, Saskatchewan. David came while living in Sooke, B.C., and Jim arrived in Victoria B.C. After many years in the west coast, the family moved to Cambridge, ON in 1975. Upon retirement, they moved to Harrow, ON and spent what time they could during the summer at the family cottage near Owen Sound. Dad's greatest treasure in his life, were his 3 sons and 3 grandchildren. In addition to his love of family and faith, Alan has always had a special place in his heart as an “Earth Daddy” for his numerous beloved pets over the years Alan was an awesome dad, a loving husband and a deeply caring human being. People were genuinely drawn to his kind and open nature. Alan gave love freely and received loved unconditionally. If you so desire, donations to the St. Andrew’s Presbyterian Church, Amherstburg or Knox (Preston) Presbyterian Church, Cambridge would be appreciated by the family. Cremation has taken place. In Alan’s own words, “Live life slow and easy, and have no complaints”