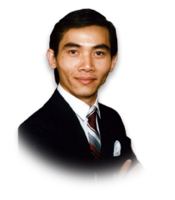 Mr. Long Ngoc Nguyen passed away in peace on February 3rd, 2021. He had enthusiastically worked at the Caesars Windsor since July 13th, 1998 for 23 years. In 2001, he won the Employee of the Year, chosen from as many as 5,000 workers. Everyone, including the Casino staff and customers, his friends, and neighbors loved him. Everywhere he went, he always bumped into someone who knew him. He was such a popular, famous, and lovely gentleman. He was a very considerate person. If his funeral had been done in a morning or afternoon, then, morning or afternoon shift workers at the Casino would not have been able to attend his funeral and would have felt regretful. He thought it would be fair for everyone not to attend the funeral. Therefore, he decided not to have his funeral conducted already in 2019 before the COVID-19 pandemic. He was a strong fighter. He fought six cancers for as long as 14 years. Even though he had his vocal cords removed, he talked with his voice prosthesis to let people around him smile. He kept working hard at the Caesars Windsor without applying for a disability benefit. He was a nice husband at his sweet home. He did house chores, such as cooking, grocery shopping, and laundry, of his own volition to help his wife have more time to work on her teaching job at an international school in Novi, Michigan; English-Japanese and Japanese-English translation tasks at home; and pursuance of the PhD degree in Gerontology. He was a good father. He positively took his daughter to community centre pools for learning swimming, the WFCU skating rink for learning figure skating, and Ste Cecile Academy of Music for learning piano. Consequently, she became a lifeguard, skating coach, and piano teacher. He often used to visit a library with his daughter during her pre- and elementary school years. Thus, she naturally loves reading books and studying. One day, he said, “Daughter, become a medical doctor. Treat my cancer.” Now she is studying medical science at Western University. He could not see his daughter become a medical doctor nor have her treat his cancer. However, she is studying hard to treat many other people’s diseases in the future, following her father’s last desire.