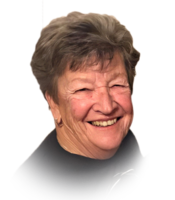 After a short but courageous battle against lung cancer Marleen (nee Gibson) joined her beloved husband Jim Shaw on January 13, 2021. She is survived by her son Jamie (Mary), daughters Darleen (Brett) and Pamela (Steve) along with her grandchildren; Jordan and Lindsay Shaw, Brianna and Sydney Shaw and Brooke and Billy Boston. Along with her loving twin Darleen and John Walton, sisters Faye Good, Joan Blundell and brothers Ted and Pat Gibson and Robert and Roberta Gibson. As well as her many Nieces and Nephews. Due to Covid no services have been planned at this time. Internment to follow at a later date. Many thanks to the wonderful Hospice team and LINH VON teams that provided such loving care and support. Donations can be made in her memory at either the Windsor Cancer Center or the LINH Hospice and VON.