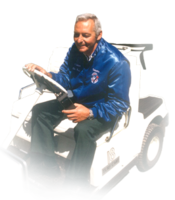 Passed away peacefully on May 6, 2019 at 82 years of age.  Beloved husband of Joanne for 59 years. Loving brother of the late Arthur (Maggie), the late Thelma (late Lloyd).  Survived by his nieces, Marnie, Cathy, Anne and Jane, grandnieces and grandnephews. Skip was born in Hamilton, Ontario, moving to Victoria B.C at young age he quickly became a natural athlete. Excelling at swimming and hockey, having signed a C form with the Montreal Canadians at a young age.  It was golf that he really shone at, as an amateur he won many different titles throughout B.C.  He eventually made his way back to Ontario, having worked at numerous well known golf courses in various capacities eventually becoming head pro.  He won his share of professional tournaments along with the long drive championship in 1972. Skip enjoyed many years as the Executive Director of the Ontario Golf Association being responsible for continued growth and prosperity for the O.G.A.  His talents allowed him to become elected as president of the International Association of Golf Administrators in 1987, only the second Canadian to be so honored. After leaving the OGA, he and Joanne spent the winter months in Lakeland, Florida where he continued to hone his golf skills on a daily basis. How fortunate for a guy who loved to have fun to be able to spend his life doing the things he loved most. “Play on Skip” we love you.